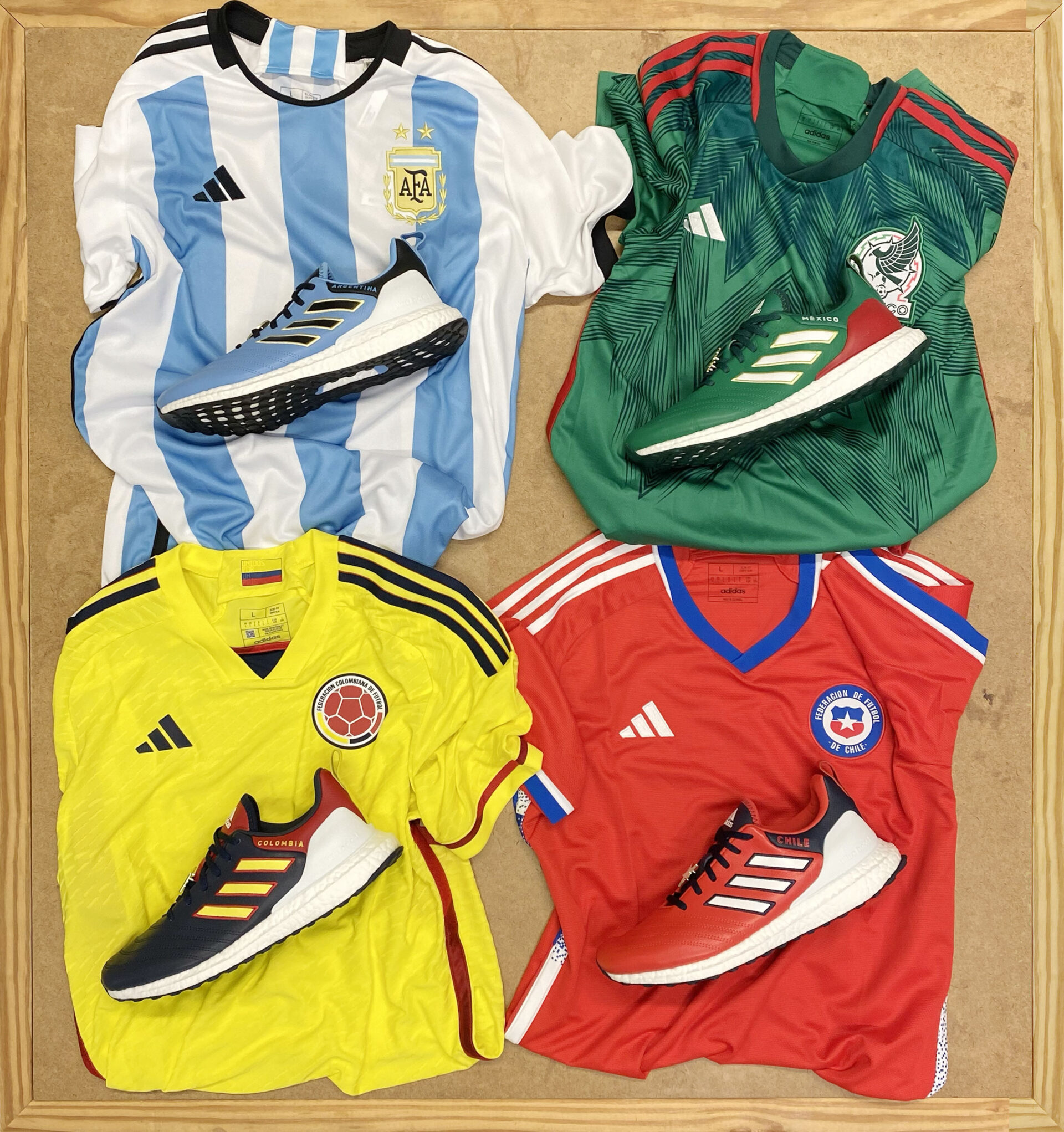 adidas’ legacy on the pitch is second to none. From the Azteca Gold to the Gazelle to the Samba, the German brand’s imprint on the biggest sport in the world comes as no surprise. To celebrate the World Cup, adidas has the perfect mix of footwear from classics to modern for a pitch-inspired look to a lifestyle staple.

Coming in hot, Argentina is the favored nation by odds makers to win it all in the 2022 World Cup. The storied federation is led by the GOAT Leo Messi in what will be his final World Cup appearance.

Mexico enters the World Cup yet again at the highest ranked team from North America and is paired with Argentina in group play. High hopes are abound as Mexico looks to extend their consecutive streak of solid World Cup appearances.

Colombia was attempting to complete its second set of three consecutive trips to the World Cup but failed to qualify in the highly competitve bracket of South American nations.

Chile’s last minute appeal was denied and sadly the South American team was the first ones out to not make it to Qatar.

Protected: How to Style the adidas’ Latest Hit — the adiFOM Q